I Love Being Here With You

Gee Baby, Ain't I Good To You

Break It To Me Gently

About A Quarter To Nine

Stuck In A Dream With Me

Read Between The Lines

Nothing But The Best

Buy Direct to have your items
Personalized and Autographed by DEANA MARTIN.
PLUS – get FREE SHIPPING anywhere in the U.S.
CD   VINYL
Also available through:

Destination Moon is more than an album … it’s a musical rocket ride featuring 14 seminal performances by Deana Martin. On this, her fourth album, Deana has collected 10 classic, and four new songs, each interpreted with her trademark elegance and charm. From the opening track, Deana treats listeners to an exciting program.

Deana Martin selected these songs for their personal meaning, including selections made famous by Peggy Lee, Dinah Washington, Nat King Cole, Bobby Darin and other legends of song. Speaking of legends, Deana shares the spotlight with her father Dean Martin on Cole Porter’s “True Love.” Each selection is a glimpse into Deana Martin’s unique window to the world of pop music and The Great American Songbook.

Of the 14 tunes presented here, four new songs are showcased, including the world debut of concert favorites “Read Between The Lines,” “Where Did You Learn To Love Like That,” “Paradise” and “Stuck In A Dream With Me.”

A one-way trip to the moon takes about four days – Deana Martin pulls it off in about 45 minutes. Buckle up and enjoy the ride! 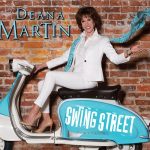 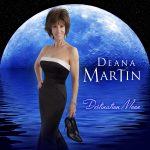 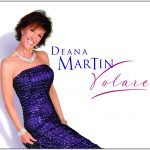 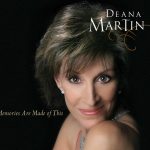 Memories Are Made Of This 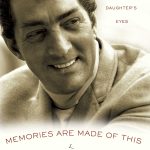 I Know What You Are

Strangers In The Night

Georgia On My Mind

Who's Got the Action